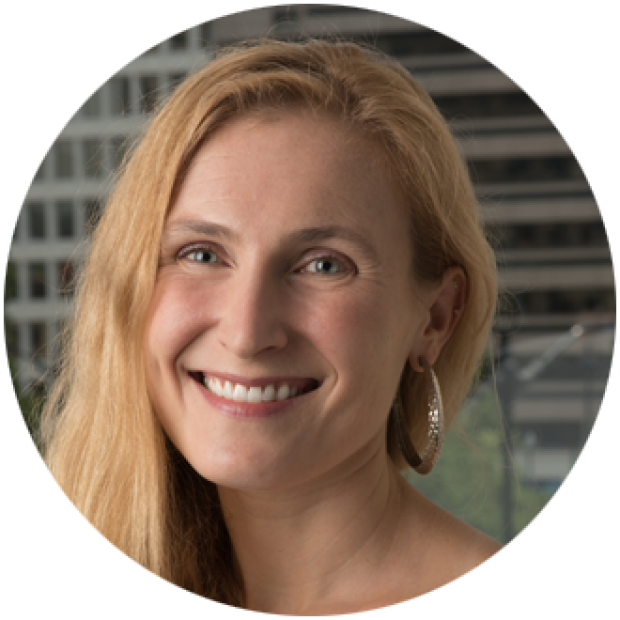 Jen Carnig believes that we all have a role to play in creating a more free and just world. As Spitfire’s Chief Advocacy Officer, she sees this belief through by leading the firm’s racial justice and legal advocacy client portfolio and our diversity, equity, and inclusion practice. Jen is a senior leader and an award-winning journalist, bringing her strategic vision and media expertise to deliver narrative-shifting and policy-changing results for her clients.

Recent highlights of Jen’s work include major changes to corporate and government policies to uphold more racially inclusive laws and practices. Jen personally coined the term the “Digital Muslim Ban” and led the Spitfire team who worked with the Center on Privacy & Technology at Georgetown Law, the Brennan Center for Justice at New York University School of Law and the Center for Media Justice to defeat the Trump administration’s plan to use algorithms to scan social media and automatically flag immigrants and visa applicants they deemed undesirable (and continuously surveil the activities of those allowed into the United States).

Jen supported the NAACP LDF by placing more than a dozen op-eds opposing the perversion of affirmative action in higher education. The narrative-change strategy ultimately helped to preserve race-based admissions at Harvard. In partnership with the Bard Prison Initiative, Jen worked with a group of alumni both in and out of prison to tell their stories and prepare for media in the run-up to the premiere of College Behind Bars, the acclaimed Ken Burns-produced film about college in prison. Finally, working with Ben & Jerry’s, Jen helped to develop the company’s communications strategy to share their position supporting reparations for Black Americans.

Jen joined Spitfire following nearly a decade of service as the director of communications at the New York Civil Liberties Union, New York’s leading civil rights organization. Under her leadership, the NYCLU created change on issues including stop-and-frisk, solitary confinement, the rights of transgender kids, and education for undocumented youth.

As a journalist and advocate for working mothers and reproductive rights, Jen went undercover while five months pregnant to expose the misleading and harmful tactics of crisis pregnancy centers. Jen’s City Council testimony and New York Daily News op-ed were quoted in the decision from the Second Circuit Court of Appeals protecting New Yorkers from these deceptive and dangerous centers.

Jen brings challenging conversations into the mainstream, finding commonsense messaging that unites people on the need for action. Her cutting-edge tactics earned recognition as a Webby Award honoree for Stop and Frisk Watch, the internationally recognized police accountability video app.

From courtrooms to kitchen tables, school houses to church pews, Jen has devoted her career to promoting community and creating a better world. Born and raised in Pittsburgh, she lives in Sunset Park, Brooklyn, and sits on the board of the New York University School of Law Policing Project.