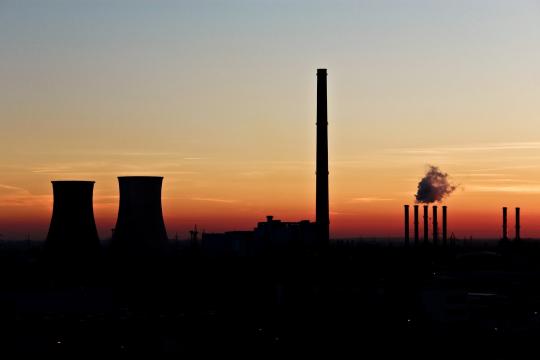 Although the city of Pittsburgh ranks among America’s most livable cities, pollution from power plants, factories, and other sources continues to plague the region. Unfortunately, past efforts to regulate air pollution in Pittsburgh were mostly met with public apathy. In 2010, the Heinz Endowments made a major commitment: to fund a multifaceted public engagement campaign to build support for significant improvements to Pittsburgh’s air quality.

As part of the Endowments’ campaign, it enlisted Spitfire to help advocates in western Pennsylvania mount a five-year collaborative effort to secure “the air we need, for the healthy economy we want.” Although the Endowments had been funding a diverse portfolio of environmental groups for years, the groups’ siloed efforts were making forward steps hard to achieve. Collaborating would require the grantees to take time out of their already busy days to connect on a regular basis to align their work and increase their impact.

At the beginning of our work with the local environmental organizations, Spitfire engaged the group in a strategic planning process that emphasized the benefits of collaboration. As the groups realized how much more they could accomplish working together, Spitfire organized them into a cohesive collaborative. The cornerstone of the collaborative’s work is a communication plan that includes everything from shared objectives to a common messaging guide. At the beginning of each year, Spitfire worked with the collaborative to update these living documents, which served as the framework and catalyst for collaboration between the groups.

Spitfire’s role evolved as well. We provided day-to-day organizational support to the collaborative, but the groups’ growing communication experience increasingly empowered them to drive the agenda. Spitfire offered expertise and capacity when they need it and we provided counsel and planning support to make sure they adjusted to a changing landscape. We also held ongoing training workshops to make sure the groups added to their communication and campaign planning skills.

With Spitfire providing training, hands-on support, and strategic advice, collaborative members steadily built public demand to improve Pittsburgh’s air. By using joint messaging developed by Spitfire – which focuses on the public health impacts of air pollution – the groups have mobilized thousands of Pittsburghers to support clean air. This drumbeat of voices has encouraged decision-makers ranging from the Environmental Protection Agency and local city council members to take steps to improve the region’s air quality and has inspired new local groups to join the effort. By joining forces within an effective framework, members of the collaborative took groundbreaking strides on the previously stagnant issue of air quality in Pittsburgh.

From the beginning, the goal of our work in Pittsburgh was to reach a point at which we were no longer needed. In September of 2016, that goal came to fruition, when the collaborative took the final steps to becoming an independent coalition and hired a full-time Executive Director (notably, a graduate of Spitfire’s much-praised Executive Training Program) to lead the next phase of its work. Under the banner of the Breathe Project and the Air Quality Collaborative, the participating organizations continue to advocate, communicate, and engage people for cleaner air and healthier communities in southwestern Pennsylvania.