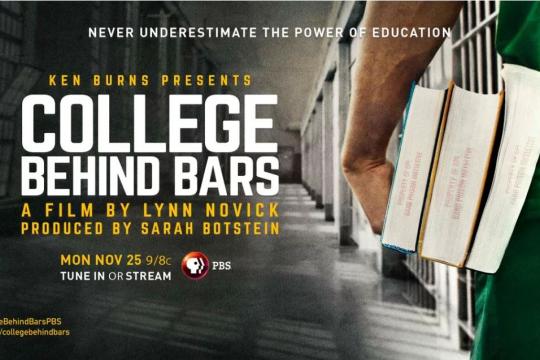 The Bard Prison Initiative (BPI) approached Spitfire for support at a crucial moment in its history: BPI’s work providing a college education to people who are incarcerated was about to be highlighted in the fall 2019 documentary College Behind Bars, directed by Lynn Novick and executive produced by Ken Burns. BPI’s mission is to combat, disrupt and change traditional notions of where and how higher education is delivered and who should receive it, and the film presented an opportunity to share this with more audiences than ever before. Spitfire prepared alumni and other organizational spokespeople to speak with the media and screening audience about their personal experiences with incarceration and education, and why they believe in BPI. Both in the lead-up and following the film’s premiere, the Bard Prison Initiative and its spokespeople were overwhelmingly well-received, and bipartisan bills reinstating federal funding for college education in prisons have been introduced in Congress.

To complete this work, Spitfire leveraged our experience working to combat mass incarceration and expand access to education. We created a strategic messaging platform explaining why everyone should have access to a college education if they want one, and to counter misperceptions about BPI and the people who participate in the program. This messaging was carefully crafted to address tough questions, such as why people in prison deserve higher education and exactly how the program works: Just like students on Bard College’s main campus, qualified students in BPI work hard every day to complete rigorous academic courses and earn associate’s and bachelor’s degrees from Bard College. The experience of a liberal arts education compels BPI’s network of more than 500 alumni to consider the world and their place in it. They help create positive change in their communities and attend top graduate programs, work at for-profit companies and nonprofits and serve in government.

The messaging also emphasized how BPI is revitalizing the role of higher education in American life by engaging students that universities too often overlook — including but not limited to people who are incarcerated — so they can reimagine what’s possible in the world that they will one day lead. The same people who have been historically overrepresented in our country’s incarcerated population, namely communities of color and communities subjected to poverty, have also been systematically excluded from meaningful educational experiences. Although its work started in prisons, BPI’s ambition is to continue expanding access to full scholarship, liberal arts education to communities excluded from the university experience. Like the film, our messaging helps BPI communicate this goal.

After creating a robust messaging platform detailing BPI’s work and answers to the tough questions BPI staff and alumni could anticipate, Spitfire held four training sessions for BPI staff and alumni, including media and social media training and a messaging workshop. The team also conducted one-on-one coaching with alumni, especially for those writing op-eds and sharing their powerful personal stories of success after their release as they applied their liberal arts education to the world around them. The spokespeople and the program were positively received by the media and the public, thanks to Spitfire’s preparation that headed off criticisms at the pass.

In addition to preparing spokespeople to be in the spotlight with the debut of the film on PBS — including a premiere event at The Apollo attended by the media — the messaging will also help BPI continue building its endowment. This will enable BPI to continue providing education to people who are incarcerated for years to come, in spite of the fact that Pell Grant funding for this population of students was eliminated during the Clinton administration. However, bills to reinstate that funding have been introduced in the U.S. Congress with bipartisan support, boosted in large part through the film and the buzz Spitfire helped create around it.