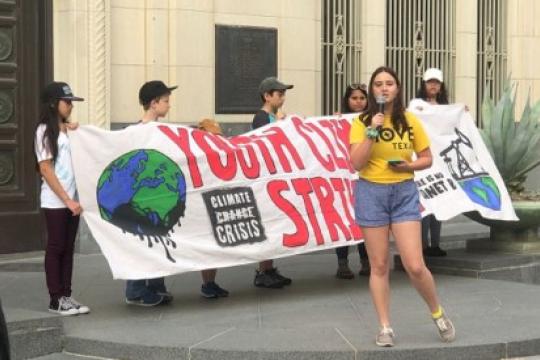 The Alliance for Youth Action (AYA) activates young leaders to build a more just democracy. Recognizing that young voters would have an outsized impact on the 2020 Election, AYA tapped Spitfire to help build the media capacity of its affiliates across the country so they could center the voices of young people and the issues they care about in coverage about the election. Using our media engagement and training expertise, we designed and facilitated an interactive media training program for nine of AYA’s affiliates, including Leaders Igniting Transformation (WI), Mississippi Votes, Minnesota Youth Collective, Move Texas, New Era Colorado, Next Up (OR), Engage Miami, Washington Bus and Forward Montana.

Spitfire tailored each training to reflect the experience and skill levels of the attendees, many of which were youth organizers who were presenting themselves to the media for the first time. Keenly aware of the way the news media often tokenizes young people, especially young people of color or young people from low-income communities, we worked with AYA to help ensure that their affiliates had the tools necessary to remain in control and share their stories, their way.

Through three virtual training sessions, participants learned how to respond to a reporter’s questions in clear, concise and memorable ways that aligned with AYA’s core messaging. The trainings were designed to help participants think strategically about how to achieve their objectives – whether that was registering 5,000 new voters in Wisconsin or passing criminal legal reform in Oregon – during any media engagement. Combining the learning styles of presentation, discussion and role play exercises, participants had multiple opportunities to practice for upcoming interviews and apply media best practices to their ongoing media efforts.

Spitfire also provided a bank of coaching hours for each affiliate to build on the learnings in the trainings. For example, Forward Montana sought guidance on media strategy, pitching and building relationships with reporters. Spitfire provided Forward Montana a tailored training and follow up counsel focused on this. Meanwhile, Next Up wanted to identify the top three stories to pitch ahead of the election. Following the training, we held several coaching calls with Next Up’s team to talk through their strategy for engaging the media, including their goals, who they needed to reach and which outlets would help them reach those audiences. Our team also reviewed and provided in-line edits to their pitch notes to make them more compelling and timely. New Era Colorado used its coaching hours for an additional training session for its entire staff. In addition to this training, Spitfire reviewed a pending pitch note, reached out to reporter contacts and helped New Era Colorado land stories with local ABC and NBC affiliates in Denver and Colorado Springs.

With the help of our trainings and coaching support, AYA and its affiliates saw an uptick in coverage related to young people, voting and the upcoming election. Training participants grew their confidence ahead of these on-the-record encounters with reporters. And affiliates were featured in major outlets such as The New York Times, The Guardian, The Milwaukee Journal and Mic.