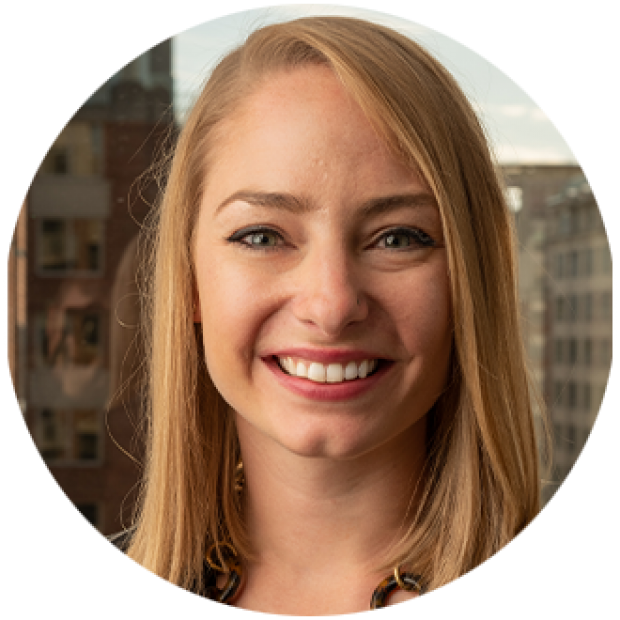 Liv Kittel is a creative communications strategist with a passion for finding smart solutions to big problems and empowering those around her to spark meaningful social change. Liv has expertise in media relations, narrative change, and combating disinformation.

At Spitfire, Liv has put her communication expertise to work for a diverse portfolio of clients ranging from large foundations and civil rights groups to local nonprofits and environmental coalitions.

Liv helps lead Spitfire’s work to ensure an accurate 2020 Census, including support for the Census Counts campaign and other initiatives to Get Out the Count with organizations like the Leadership Conference on Civil and Human Rights. Liv has developed a deep background in philanthropy and foundation relations during her time at Spitfire. She helped organizations like the Surdna Foundation, the Walton Family Foundation, and the Ford Foundation build effective communication strategies.

Liv is passionate about gender and reproductive justice and has spearheaded much of the firm’s recent work in this arena, including Closing the Women’s Wealth Gap – a national network of organizations working to advance policies and practical strategies that build wealth for low-income women and women of color – VoteRunLead – the nation’s largest, most diverse, nonpartisan program focused on training women to run to political office –  and The Women’s Sports Foundation, which focuses on empowering women and girls through sport. Liv also helped to lead a digital fundraising strategy for Power To Decide’s contraceptive access fund, which raised more than $10,000 in a few short days to provide affordable access to birth control for those who need it.

Prior to joining Spitfire, Liv spent several years at Media Matters for America, developing prowess in media analysis, crisis communications, and combatting media disinformation. Liv led the rapid response research department, which was responsible for monitoring the 24-hour news cycle across English and Spanish-language national print, digital, broadcast, and cable news platforms to identify and combat disinformation. Through this experience, Liv gained an expert understanding of how disinformation spreads across media platforms and a unique ability to synthesize large amounts of information and deftly extract salient messages on a broad spectrum of issues.

At Media Matters, Liv developed extensive experience in shaping and changing news narratives, and her work has been cited by and influenced narratives in The New York Times, Huffington Post and The Washington Post, and on MSNBC, CNN, Fox News, Comedy Central’s The Daily Show and more.

Liv is a passionate advocate for our public lands, and in her free time, enjoys spending as much time as possible outdoors with her dog, Paige. She lives in Washington, D.C., where she volunteers as an abortion doula with the DC Doulas for Choice collective. Liv is a Philadelphia native and graduated from Washington College in Chestertown, Maryland with a B.A. in political science and philosophy.