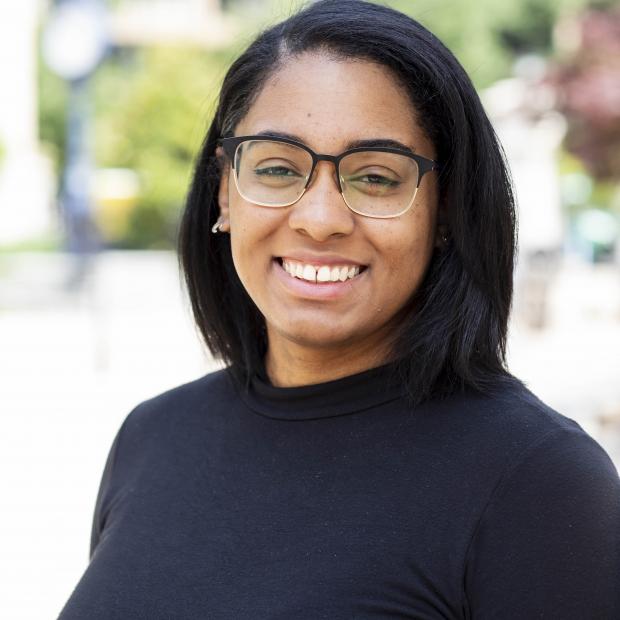 Briahnna Brown is a strategic communicator who understands how seemingly disconnected issues work together to hinder true progress and justice. Her experience as a journalist allowed her to analyze these issues while working to amplify voices that mainstream media often ignore. She learned through her educational and career journey that she is a natural advocate, always seeking to make a real difference in the world.

As a senior account executive with Spitfire in Washington, D.C., Briahnna helps create winning communication and campaign strategies that advance racial and social justice. She utilizes her skills in writing, research, project management and strategy development to craft strong content for Spitfire’s clients. Briahnna approaches every issue with empathy and an understanding of the real-world impact of words on paper.

Briahnna is an alumna of Howard University where she studied journalism, and she recently earned a Master of Arts from George Washington University in media and strategic communication. Briahnna has worked as a staff writer, a crime reporter and a freelance journalist for publications such as GW Today, The Northern Virginia Daily and The Afro American Newspaper. In 2016, she was selected for a fellowship through the National Newspaper Publishers Association (NNPA) in their “Discover the Unexpected” program where she was able to work with the Chicago Defender for the summer. During that summer, she covered the anti-Trump protests at the Republican National Convention in Cleveland, OH.

Growing up in Baltimore significantly influenced the way that Briahnna views the world around her. She understands that underdeveloped communities can thrive with the right resources in place, and Briahnna’s advocacy work aims to address this issue head-on. Sparking change as a senior account executive, Briahnna plans to continue doing the fulfilling work of being an advocate to bring real change into the lives of so many. Recognizing that this is not an easy task, she openly and optimistically welcomes the challenge.