We Are the Arctic 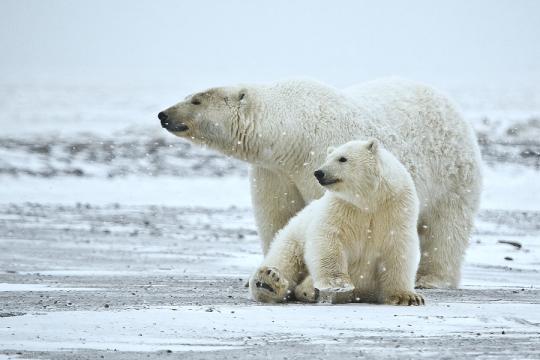 When the Campion Foundation came to Spitfire seeking support for a long-term campaign to protect the Arctic National Wildlife Refuge in northern Alaska from oil drilling, we knew it needed a campaign that inspired voices at all levels – from local advocates to community leaders to policymakers – to speak out and urge Congress to establish the strongest possible protection for the Refuge before the congressional session ended in late 2016.

Spitfire gathered Campion and other environmental leaders of the Arctic coalition and mapped out the milestone moments in the campaign to mark progress and ultimately lead to success. The first important opportunity came quickly. The coalition believed the Obama administration planned to recommend strong wilderness protections for the Refuge in a long-awaited Comprehensive Conservation Plan (CCP) – the first time a president would officially endorse keeping the Refuge wild and unspoiled. To leverage this once-in-a-lifetime announcement, the coalition needed to make sure Congress and the White House saw immense and diverse vocal public support for the president’s courageous move. Not knowing precisely when the announcement would happen, it was vital to prepare everything in advance and be ready to respond at a moment’s notice.

To help the coalition speak with a strong, unified voice, Spitfire built a microsite that featured petition language, digital images, videos and other tools coalition members could use to amplify the chorus of gratitude. Spitfire also created a social media toolkit they could use to disseminate shared messages that tapped into the widely held value of the Refuge’s majestic beauty. To focus the attention of leaders in the White House and Congress and inspire others to join the cause, we helped the coalition recruit and organize an array of diverse, compelling voices from Alaska and around the country and prepared them to talk about the importance of preserving the Refuge.

When the White House released the CCP in January 2015, complete with the strong protection language for the Refuge we were hoping for, Spitfire leapt into action. We held a media teleconference featuring Alaskan natives, guides and outfitters, athletes and business voices thanking President Obama for his action. Our media outreach resulted in dozens of top-tier news stories, including The Los Angeles Times, Time Magazine, The New York Times, USA Today, Reuters, National Geographic and The Associated Press, Grist, ThinkProgress and Environment & Energy Publishing. This was rounded out by more than 30 opinion articles in major outlets across the country in favor of the president’s action, including editorials from major publications like The New York Times.

Since this initial success, the campaign has expanded to include even more audiences that were important voices for the campaign’s decision maker. The coalition formed in 2016, called We Are the Arctic, comprised six diverse networks: outdoor enthusiasts, Native leaders, African American and Latino conservationists, faith leaders and veterans. In addition, participation from TV celebrities such as Ian Somerhalder, Kristin Davis and Darby Stanchfield and outdoor adventurers like Philippe Cousteau and Ashlan Gorse helped elevate public interest in the Refuge. And to amplify all these voices, a strong digital campaign that included paid targeted advertising, engagement opportunities like Twitter chats, and videos providing unique perspectives on the Arctic reached nearly 25 million people on social media.

As a result of these efforts, over 500,000 people signed petitions or have sent messages to their members of Congress in support of the strongest possible protection for the Arctic Refuge. The coalition is still actively working to ensure that the Arctic National Wildlife Refuge remains wild and unspoiled by oil drilling, building momentum as the fight continues.