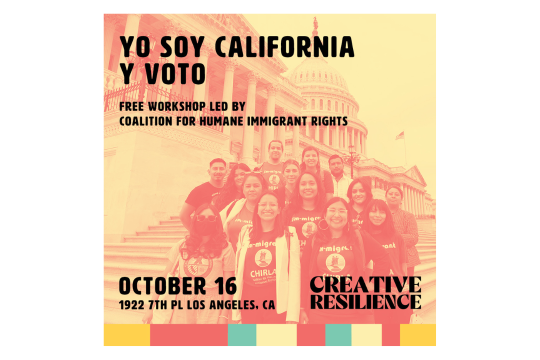 Spitfire partnered with the People’s Project, a Los Angeles nonprofit powered by the Los Angeles Federation of Labor, to produce Creative Resilience, an artful community experience that amplified the voices of BIPOC Angeleno workers, sounded the call for economic justice and celebrated the city’s vibrant cultural history of resilience. The 10-day event took place in October 2022 in the heart of Los Angeles’ bustling arts district. For the project, Spitfire transformed a 10,000-square-foot raw warehouse space into a creative hub and gathering space full of joy and celebration focused on economic and racial justice. Spitfire commissioned work from 50 artists and performers and brought together activists, celebrities and local leaders to celebrate the working people who make up the heart and soul of Los Angeles. 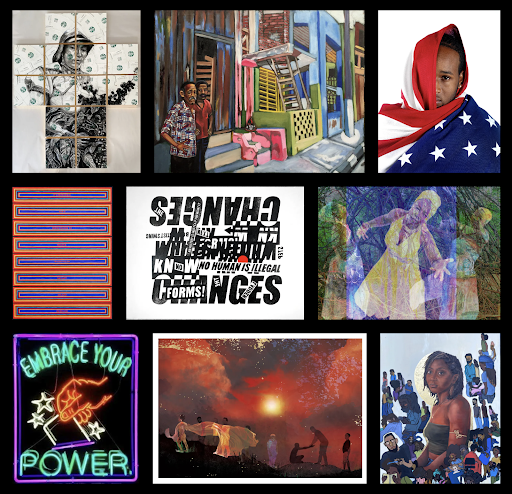 The stories on those walls depicted years of ongoing oppression, undeniable pain and resounding triumph in five chapters. The themes of those chapters are as follows: Times Are Tough, It Is Systemic, When We Organize, We Can Thrive and The Future We Make.

We wanted to ensure all who chose to experience the art in the space could fully engage in the journey. While the imagery spoke for itself, we imagined what the paintings, photographs and sculptures might say if they could talk. Then we gave them a literal voice through an immersive audio experience to accompany visitors who opted out of attending a formal gallery tour.

The audio guide narrated the scenes in the gallery space for visitors as they moved about the chapters in the exhibit. Because nearly 50% of people who live in Los Angeles are fluent in Spanish, we felt it was critical to have all of the signage in both English and Spanish. 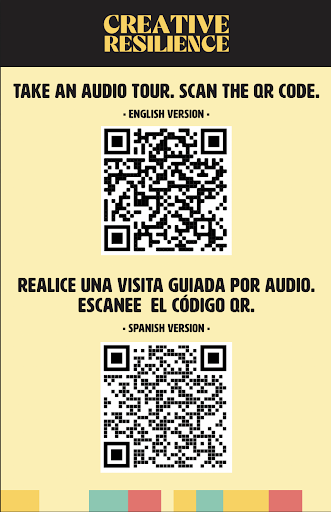 Two sets of seven tracks, one in English and another in Spanish, can be found on the Creative Resilience Soundcloud. Visitors could scan one of two QR codes that would direct them to either the English or Spanish playlist of tracks corresponding with the gallery chapters. To produce the tracks, we developed the script, hired a professional Spanish translator to ensure accuracy, worked with a bilingual voice artist, and contracted an audio producer to edit the audio and incorporate ambient music. Once the audio content was complete, we uploaded the files to Soundcloud, created a QR and printed signage to display throughout. The process took less than a week from start to finish. This empowered gallery goers who did not attend a formal tour to access a rich trove of audio information about Creative Resilience using their mobile phones.