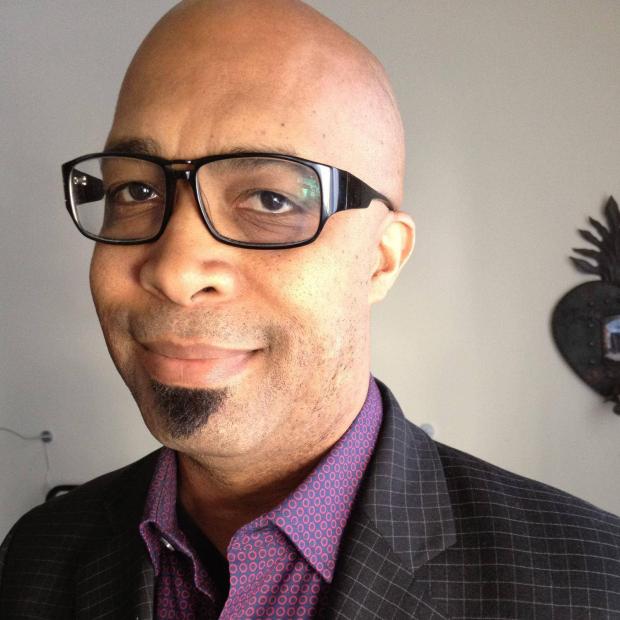 Based in Los Angeles, Wyatt Closs is senior vice president for Creative and Cultural Strategies at Spitfire. He’s constantly curious, likes to noodle on things and discover the new new. He has spent the last 20 years on explorations of art and design for social change, progressive politics, creative advocacy, cultural criticism writing and organizing for social justice. He is considered an early practitioner in a field now known as cultural organizing or culture change work.

Most recently, within weeks of the onset of Covid-19, Wyatt served as the creative force behind DearFrontline.com, an interactive property where art honors essential workers and users could send digital postcards to hospital staff thanking them; the Strike for Black Lives Murals series mounted in eight cities in 10 days in the aftermath of the murder of George Floyd; and It’s All Up to Us, a large-scale art show about voting rights, police violence, immigrant rights and mass incarceration in his home state of North Carolina.

In 2013, he founded and served as creative director of his company, Big Bowl of Ideas, focused exclusively on the intersection of creative, arts, politics, digital strategies and social justice. As an example, in 2020 he art directed dynamic graphic design (digital creative content for over 30 BIPOC-led community organizations, including New Georgia Project for the US Senate Runoffs). He organized large scale cultural spectacles like a 40-minute multimedia opening for a conference of workers about union history that involved motion graphics on a 200-foot wide screen, live music, a dance performance and spoken word poetry. He wrote over 40 scripts and produced videos for clients, including one that won a Reed Award (“What Do We Have to Lose?”) from Campaigns & Elections magazine. This was also a period of time in which he created tools out of necessity such as those for Community Partner Mapping, Audience Mapping, and DIY Branding Development.

Prior to his culture for social impact work, Wyatt was a political consultant and strategist for 25 campaigns across the country, including those of the DCCC (Democratic Congressional Campaign Committee), NARAL’s first independent expenditure campaign and an independent expenditure campaign for Kamala Harris for California attorney general. He worked for SEIU (Service Employees International Union) and its locals, wearing a number of hats including civil and human rights director, community partnerships director, government affairs director and public affairs director. This is also where he was able to experiment and nurture how creative strategies could amplify progressive voices.

He has generated the creative look and feel for over 30 conference, exhibit and attendee experiences in the progressive nonprofit sector from the 3,000-plus attended PolicyLink Equity Summit to the global Wellbeing Summit in Santa Monica, California to the bipartisan PolitiCon experience. He also served on the 2020 Democratic National Committee’s Platform Committee with leaders and thinkers like Rep. Maxine Waters, Dr. Cornell West, AFT President Randi Weingarten and noted attorney Benjamin Crump, among others.

He is also a writer and critic on pop culture and the arts. His work has appeared in HuffPost, Upworthy (as a Visual Fellow), Ebony, LA Weekly and the NC Independent. Along with writing words he’s also obsessed with their presentation. He also is a member of AIGA and a certifiable fonts and typography geek. Just name the situation and he’ll tell you the best font for it. Oh, and he’s also got several full-length movie scripts registered with the Writer’s Guild of America so, storytelling is right up his alley.

Wyatt was born and raised in North Carolina, but his career has taken him primarily to Washington, New York City and Los Angeles, where he currently lives with his wife, Roshin Mathew.Often you’ll find him spending whatever other time he has left writing more screenplays, tricking out his bike, working on his DJ skills, blogging and watching every movie under the sun with his wife.