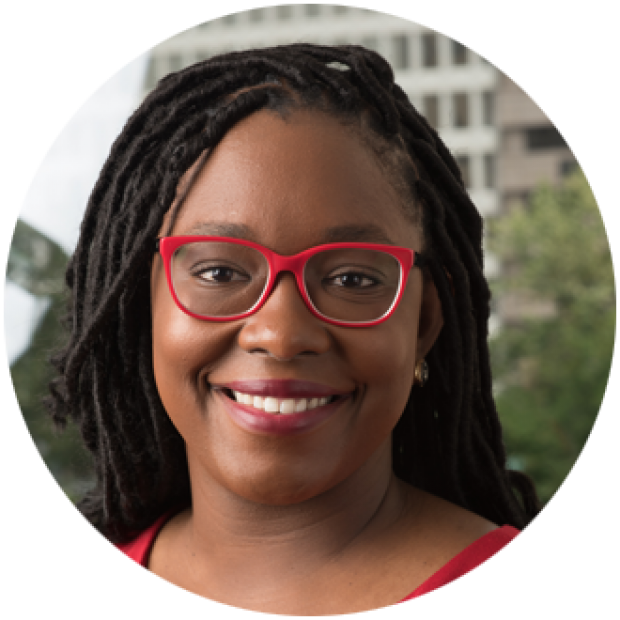 Often sought out to design strategic campaigns, de-jargon messages, and develop exciting brands, Aketa invests in efforts that help Black and brown communities have equitable and meaningful access to our nation’s resources and wealth. She lifts the voices of those frequently unheard when designing strategies for equity in education, criminal justice reform, and access to wealth creation.

Since joining Spitfire, Aketa proudly supported the Bill & Melinda Gates Foundation, the Georgia Budget, and Policy Institute, the Boston Opportunity Agenda, and the BRICK Education Network in their efforts to close the opportunity gap for kids of color and from low-wealth communities. She advises the Art for Justice Fund and its grantees on their efforts to end mass incarceration, which disproportionately affects people of color. Aketa is honored to support Closing the Women’s Wealth Gap in its efforts to address the ongoing inequities that are barriers to women’s – in particular, women of color’s – ability to create opportunities for their families.

Prior to joining Spitfire, Aketa was an appointee in the U.S. Department of Education during the Obama administration, including serving as the director of strategic outreach and appropriations in its Office of Legislative and Congressional Affairs. Her time in the U.S. House of Representatives and the Tennessee House of Representatives prepared her well for a lifetime of service.

With roots in both Detroit, MI, and Nashville, TN, Aketa now calls Jackson, MS home. An avid reader, her favorite book is “Invisible Man” by Ralph Ellison, and the last book she read was the endearing “Red at the Bone” by Jacqueline Woodson. Her children’s bookcases are overflowing with beautiful, diverse reads.